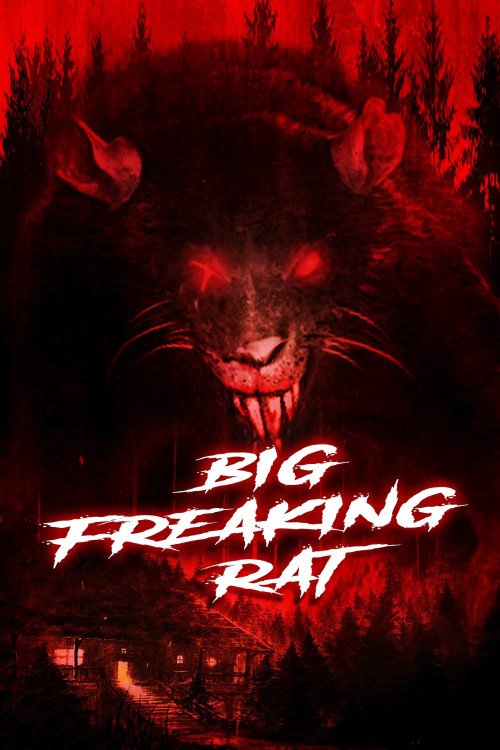 Rachel Sterling, Felissa Rose, Vincent M. Ward, Sheri Davis
After heading out to a campground, the crew on-staff preparing for the upcoming seasonal reopening go about their duties for the event, but when a series of strange incidents around the park cause them to believe something is out there they discover a giant rat mutated by chemical waste and must stop it before it gets out of hand.This was a pretty fun if still slightly flawed genre effort. One of its better aspects is the fun and cheesy setup with the arrival of the killer rat tearing through the community rather sneakily. Seeing the group go about their chores getting everything set up while having the creature attack randomly out in the state park has quite a lot to like, from the hikers who arrive at the woods, the homeless man in the underground tunnels where no one can see him or the series of brief attacks on the various crew of the camp. Getting these scenes with the fun practical rat-prop or hand-puppet that visibly tears into them in wholly gruesome manners offering some solid indie-styled gore in the process is quite fun as this one gets ready for its big finale. That finale is where this one really kicks in as the giant rat is discovered and has a lot to like. Charging into the tent to grab the one victim and chasing the girlfriend back to the camp is a wholly enjoyable sequence, much like the massacre at the family reunion where it tears through everybody quite nicely. With the fun ambush on the mobsters’ hideout or the attack on their headquarters which have some great kills and action involved, this sets off into the big chase to stop the creature throughout the lodge and down in the underground tunnels that have a solid sense of cheese about it, the action here comes together nicely which gives the film plenty of positives to hold it up. There are some minor issues to be had here. One of the biggest issues is the obvious bits that denote its low-budget nature, which is still not that big a deal but serve as some problematic areas. The knowing conversations that seem like fan-speak than anything relatable to natural engagement, leading to overlong scenes that go nowhere and make it somewhat longer than it needed to be. Other time-wasting scenes, such as the mobster subplot or the momentum-killing scenes with the non-singer trying to entertain the family reunion just kill the pacing of this one even though both of these scenes pay off rather nicely. As well, the rushed finale has the proper idea of what it’s trying to accomplish but just rushes through the motions, which all hold this one down somewhat.Rated Unrated/R: Graphic Violence and Graphic Language.

Before you can add Big Freaking Rat (2020) subtitle file file to the movie, you should make sure the exact SRT file for the particular movie format is downloaded from Film2Srt.com .

To download subtitles for Big Freaking Rat (2020), right click on the Black button above with your preferred language. Your subtitle file will begin downloading immediately.

Below are the step-by-step guide to add subtitles for Big Freaking Rat (2020) file on your movie player.