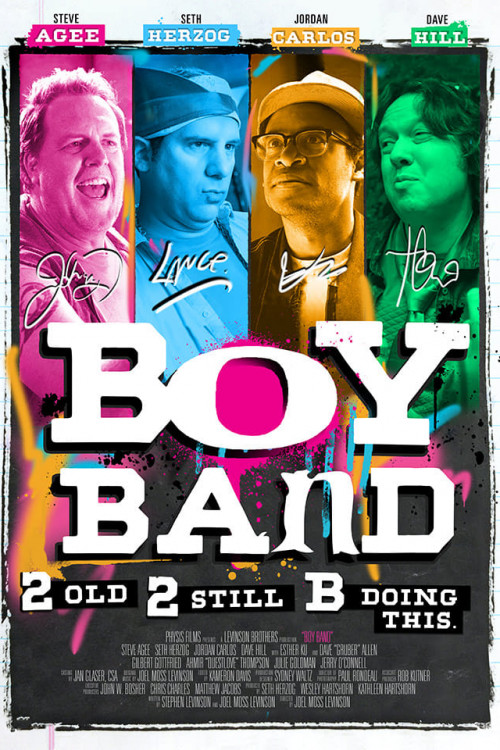 Jerry O’Connell, Gilbert Gottfried, Dave Allen, Jordan Carlos
The wildly successful late 90s boy band Heartthrob Boyz head into the studio to make their sophomore album. Two decades later they are still there. Now older & fatter but still singing and acting like tweenage boys, they’ve run out of money and have just one night left to finish the album they hope will return them to glory.

The Subtitle(s) for Boy Band (2018) may either be in single Srt format or multi file  compress to Zip / Rar format. Either way, we have provide simple details guide on how to add or use this subtitle file(s) on your Media Player with the movie - Boy Band (2018).

How To Add Subtitle To Boy Band (2018) In Media Player

Before you can add Boy Band (2018) subtitle file file to the movie, you should make sure the exact SRT file for the particular movie format is downloaded from Film2Srt.com .

To download subtitles for Boy Band (2018), right click on the Black button above with your preferred language. Your subtitle file will begin downloading immediately.

Below are the step-by-step guide to add subtitles for Boy Band (2018) file on your movie player.