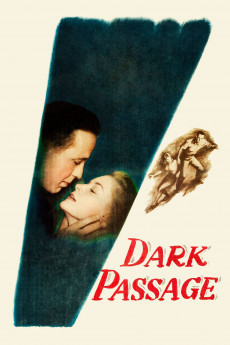 Lauren Bacall, Humphrey Bogart, Agnes Moorehead, Vince Edwards
Bogart plays a man convicted of murdering his wife who escapes from prison in order to prove his innocence. Bogart finds that his features are too well known, and is forced to seek some illicit backroom plastic surgery. The entire pre-knife part of the film is shot from a Bogart’s-eye-view, with us seeing the fugitive for the first time as he starts to recuperate from the operation in the apartment of a sympathetic young artist (played by Bacall) for whom he soon finds affection. But what he’s really after is revenge.


The Subtitle(s) for Dark Passage (1947) may either be in single Srt format or multi file  compress to Zip / Rar format. Either way, we have provide simple details guide on how to add or use this subtitle file(s) on your Media Player with the movie - Dark Passage (1947).

How To Add Subtitle To Dark Passage (1947) In Media Player

Before you can add Dark Passage (1947) subtitle file file to the movie, you should make sure the exact SRT file for the particular movie format is downloaded from Film2Srt.com .

To download subtitles for Dark Passage (1947), right click on the Black button above with your preferred language. Your subtitle file will begin downloading immediately.

Below are the step-by-step guide to add subtitles for Dark Passage (1947) file on your movie player.