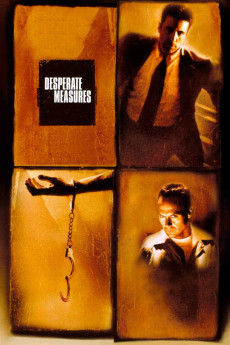 Michael Keaton, Marcia Gay Harden, Andy Garcia, Brian Cox
San Francisco police officer Frank Connor is in a frantic search for a compatible bone marrow donor for his gravely ill son. There’s only one catch: the potential donor is convicted multiple murderer Peter McCabe who sees a trip to the hospital as the perfect opportunity to get what he wants most: freedom. With McCabe’s escape, the entire hospital becomes a battleground and Connor must pursue and, ironically, protect the deadly fugitive who is his son’s only hope for survival.

How To Add Subtitle To Desperate Measures (1998) In Media Player

Before you can add Desperate Measures (1998) subtitle file file to the movie, you should make sure the exact SRT file for the particular movie format is downloaded from Film2Srt.com .

To download subtitles for Desperate Measures (1998), right click on the Black button above with your preferred language. Your subtitle file will begin downloading immediately.

Below are the step-by-step guide to add subtitles for Desperate Measures (1998) file on your movie player.