Faces In The Crowd (2011) Subtitles - English Srt Download - Film2Srt
Previous PostNext Post
The subtitles file for Faces in the Crowd (2011) is now available in Srt, Zip or Rar format. We also enable options for different languages should incase you preferred another language rather than English. 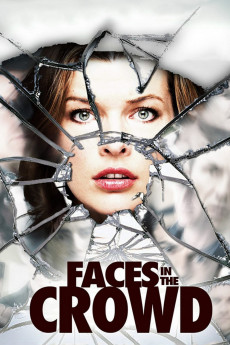 Milla Jovovich, Sarah Wayne Callies, Julian McMahon, Sandrine Holt
The elementary school teacher Anna Marchant lives with her boyfriend Bryce in a nice apartment and every now and then she meets her best friends Francine and Nina to drink and talk. When Anna is crossing a bridge to meet Bryce, she sees an infamous serial-killer killing a woman. Anna runs but she is attacked by the killer and she falls off the bridge and hits her head. Anna stays in coma for a week and when she awakes, she learns that she has brain damage followed by Prosopagnosia, a disorder of face perception where the ability to recognize faces is impaired, while the ability to recognize other objects may be relatively intact. The police detective Sam Kerrest unsuccessfully tries to force Anna to remember the face of the serial-killer. Now the serial-killer knows that Anna has seen his face, but she is incapable of even recognizing Bryce and her close friends.

Before you can add Faces in the Crowd (2011) subtitle file file to the movie, you should make sure the exact SRT file for the particular movie format is downloaded from Film2Srt.com .

To download subtitles for Faces in the Crowd (2011), right click on the Black button above with your preferred language. Your subtitle file will begin downloading immediately.

Below are the step-by-step guide to add subtitles for Faces in the Crowd (2011) file on your movie player.