If.... (1968) Subtitles - English Srt Download - Film2Srt
Previous PostNext Post
The subtitles file for If…. (1968) is now available in Srt, Zip or Rar format. We also enable options for different languages should incase you preferred another language rather than English. 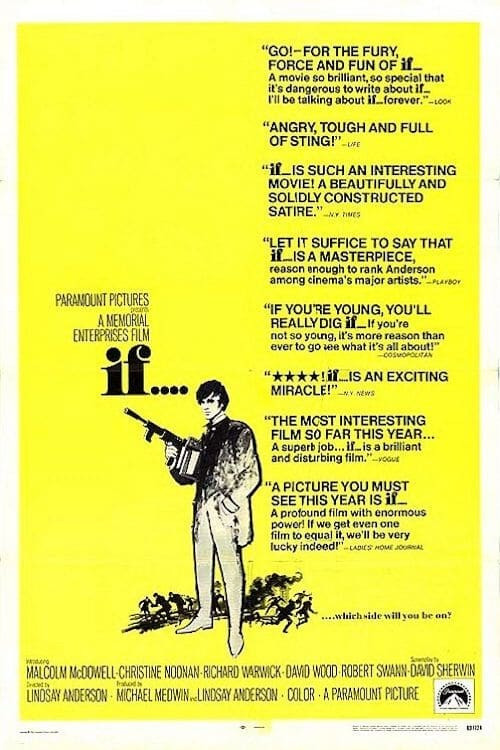 Malcolm McDowell, Simon Ward, Arthur Lowe, David Griffin
In an indictment of the British public school system, we follow Mick and his mostly younger friends through a series of indignities and occasionally abuse as any fond feelings toward these schools are destroyed. When Mick and his friends rebel, violently, the catch phrase, “which side would you be on” becomes quite stark.

The Subtitle(s) for If…. (1968) may either be in single Srt format or multi file  compress to Zip / Rar format. Either way, we have provide simple details guide on how to add or use this subtitle file(s) on your Media Player with the movie - If…. (1968).

Before you can add If…. (1968) subtitle file file to the movie, you should make sure the exact SRT file for the particular movie format is downloaded from Film2Srt.com .

To download subtitles for If…. (1968), right click on the Black button above with your preferred language. Your subtitle file will begin downloading immediately.

Below are the step-by-step guide to add subtitles for If…. (1968) file on your movie player.