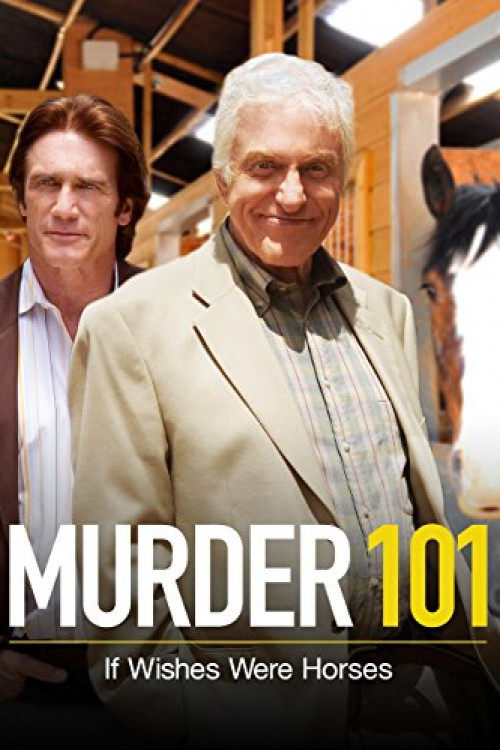 Dick Van Dyke, Ralph Waite, Caroline Lagerfelt, Brad Beyer
Dick Van Dyke returns as Criminology Professor John Maxwell. From the DVD: “From Dean Hargrove, the legendary producer of television’s greatest crime and mystery series including Matlock, Perry Mason, diagnosis murder, and Colombo, comes to cases for criminology professor Jonathan Maxwell played by Dick Van Dyke. With his steel trap of a crime solving mind and partnered with private detective Mike Bryant, played by Barry van Dyck, from TVs Airwolf, murder is today’s lesson and there will be a pop quiz. Murder 101: If Wishes were Horses (2006) 88 min. Professor Maxwell is called upon to help when a prize resources kidnapped. But the case turns deadly when a member of the family that owns the horse dies in a subsequent fire. What the case yields is a family embroiled in jealousy and greed.”

Before you can add Murder 101 If Wishes Were Horses (2007) subtitle file file to the movie, you should make sure the exact SRT file for the particular movie format is downloaded from Film2Srt.com .

To download subtitles for Murder 101 If Wishes Were Horses (2007), right click on the Black button above with your preferred language. Your subtitle file will begin downloading immediately.

Below are the step-by-step guide to add subtitles for Murder 101 If Wishes Were Horses (2007) file on your movie player.