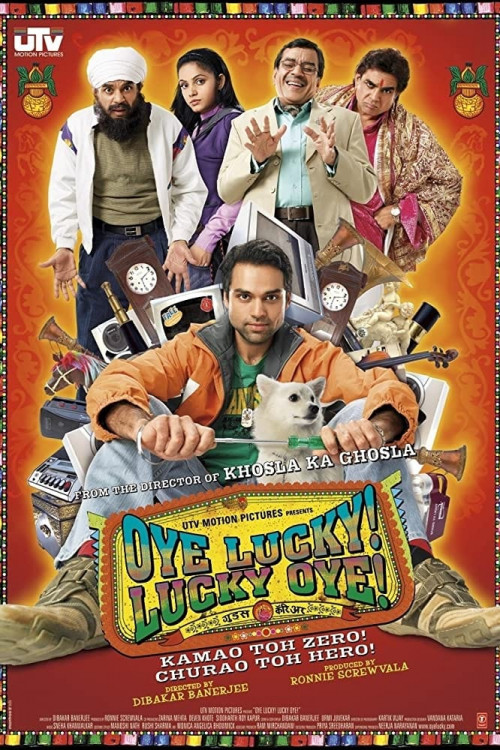 Abhay Deol
Inspired by the incredible true story of Lucky Singh, an extremely charismatic and fearless confidence man and thief who socialized with the rich, famous and influential of Delhi society and then proceeded to rob them blind. He was the bête noire of the police and had stolen millions by the time he was caught. A modern day Robin Hood with a twist, he robbed both the rich and the poor without prejudice. Nothing was too big nor was anything too insignificant to escape his attention. The film opens with his trial and charts his rise from the projects of crime ridden suburban Delhi to the very heart of the corridors of power. Along the way he makes lifelong friends, falls in love an manages to outwit the entire law and order machinery.

How To Add Subtitle To Oye Lucky! Lucky Oye! (2008) In Media Player

Before you can add Oye Lucky! Lucky Oye! (2008) subtitle file file to the movie, you should make sure the exact SRT file for the particular movie format is downloaded from Film2Srt.com .

To download subtitles for Oye Lucky! Lucky Oye! (2008), right click on the Black button above with your preferred language. Your subtitle file will begin downloading immediately.

Below are the step-by-step guide to add subtitles for Oye Lucky! Lucky Oye! (2008) file on your movie player.