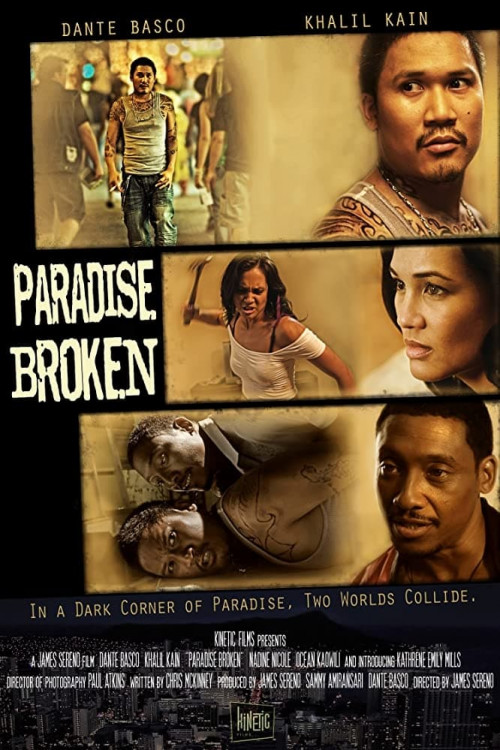 Dante Basco
Ray and Misha’s one bedroom apartment, only a half-a-mile from Waikiki Beach, feels a world away from the white sandy beaches and crystal blue waters of Honolulu. As the sun sets and the sightseers retire for the evening, Ray, a small-time drug dealer, and Misha, a hula-dancing prostitute, work the back alleys of Waikiki, trying to scrape a living from tourist crumbs. When the couple splits after a blow out, a regretful Ray searches for a pregnant Misha while she, alone now, must face off against forces that wish to possess her–her abusive father and a kingpin pimp of Waikiki. Can Ray and Misha reunite and rise above the powers that fight to bring them down? Or was their split the only chance they had to survive the brutal world of back alley violence and addiction tucked away from the pristine beaches of Hawaii? Broke is the Hawaii unseen. It’s about what goes on in this paradise city after the lights go out.

How To Add Subtitle To Paradise Broken (2011) In Media Player

Before you can add Paradise Broken (2011) subtitle file file to the movie, you should make sure the exact SRT file for the particular movie format is downloaded from Film2Srt.com .

To download subtitles for Paradise Broken (2011), right click on the Black button above with your preferred language. Your subtitle file will begin downloading immediately.

Below are the step-by-step guide to add subtitles for Paradise Broken (2011) file on your movie player.