Possession (2002) Subtitles - English Srt Download - Film2Srt
Previous PostNext Post
The subtitles file for Possession (2002) is now available in Srt, Zip or Rar format. We also enable options for different languages should incase you preferred another language rather than English. 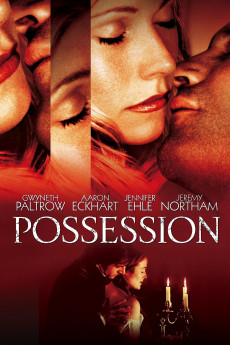 Roland Michell is an American scholar trying to make it in the difficult world of British Academia. He has yet to break out from under his mentor’s shadow until he finds a pair of love letters that once belonged to one of his idols, a famous Victorian poet. Michell, after some sleuthing, narrows down the suspects to a woman not his wife, another well known Victorian poet. Roland enlists the aid of a Dr. Maud Bailey, an expert on the life of the woman in question. Together they piece together the story of a forbidden love affair, and discover one of their own. They also find themselves in a battle to hold on to their discovery before it falls into the hands of their rival, Fergus Wolfe.


The Subtitle(s) for Possession (2002) may either be in single Srt format or multi file  compress to Zip / Rar format. Either way, we have provide simple details guide on how to add or use this subtitle file(s) on your Media Player with the movie - Possession (2002).

How To Add Subtitle To Possession (2002) In Media Player

Before you can add Possession (2002) subtitle file file to the movie, you should make sure the exact SRT file for the particular movie format is downloaded from Film2Srt.com .

To download subtitles for Possession (2002), right click on the Black button above with your preferred language. Your subtitle file will begin downloading immediately.

Below are the step-by-step guide to add subtitles for Possession (2002) file on your movie player.