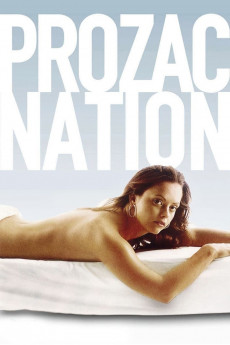 Christina Ricci, Jessica Lange, Jonathan Rhys Meyers, Michelle Williams
Christina Ricci stars as Lizzie, a prize-winning student heading off to Harvard where she intends to study journalism and launch a career as a rock music critic. However, Elizabeth’s fractured family situation including an errant father (Nicholas Campbell) and a neurotic, bitterly hypercritical mother (Jessica Lange) has led to a struggle with depression. When her all-night, drug-fueled writing binges and emotional instability alienate her roommate and best friend, Ruby (Michelle Williams), as well as both her first (Jonathan Rhys-Meyers) and second (Jason Biggs) boyfriends, Lizzie seeks psychiatric counseling from Dr. Diana Sterling (Anne Heche), who prescribes the wonder drug Prozac. Despite success as a writer that includes a gig writing for Rolling Stone and some mellowing out thanks to her medication, Lizzie begins to feel that the pills are running her life and faces some tough choices about her future.


The Subtitle(s) for Prozac Nation (2001) may either be in single Srt format or multi file  compress to Zip / Rar format. Either way, we have provide simple details guide on how to add or use this subtitle file(s) on your Media Player with the movie - Prozac Nation (2001).

How To Add Subtitle To Prozac Nation (2001) In Media Player

Before you can add Prozac Nation (2001) subtitle file file to the movie, you should make sure the exact SRT file for the particular movie format is downloaded from Film2Srt.com .

To download subtitles for Prozac Nation (2001), right click on the Black button above with your preferred language. Your subtitle file will begin downloading immediately.

Below are the step-by-step guide to add subtitles for Prozac Nation (2001) file on your movie player.