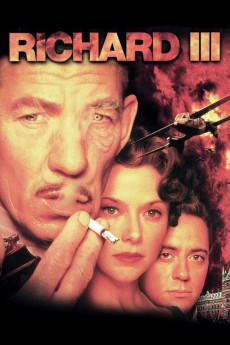 Robert Downey Jr., Maggie Smith, Ian McKellen, Dominic West
A murderous lust for the British throne sees Richard III (Ian McKellen) descend into madness. Though the setting is transposed to the 1930s, England is torn by civil war, split between the rivaling houses of York and Lancaster. Richard aspires to a fascist dictatorship, but must first remove the obstacles to his ascension — among them his brother, his nephews and his brother’s wife (Annette Bening). When the Duke of Buckingham (Jim Broadbent) deserts him, Richard’s plans are compromised.


The Subtitle(s) for Richard III (1995) may either be in single Srt format or multi file  compress to Zip / Rar format. Either way, we have provide simple details guide on how to add or use this subtitle file(s) on your Media Player with the movie - Richard III (1995).

How To Add Subtitle To Richard III (1995) In Media Player

Before you can add Richard III (1995) subtitle file file to the movie, you should make sure the exact SRT file for the particular movie format is downloaded from Film2Srt.com .

To download subtitles for Richard III (1995), right click on the Black button above with your preferred language. Your subtitle file will begin downloading immediately.

Below are the step-by-step guide to add subtitles for Richard III (1995) file on your movie player.