Synopsis – A hot youth drama about four young men and women with different personalities aimed at reviving an old cocktail bar on the beach. 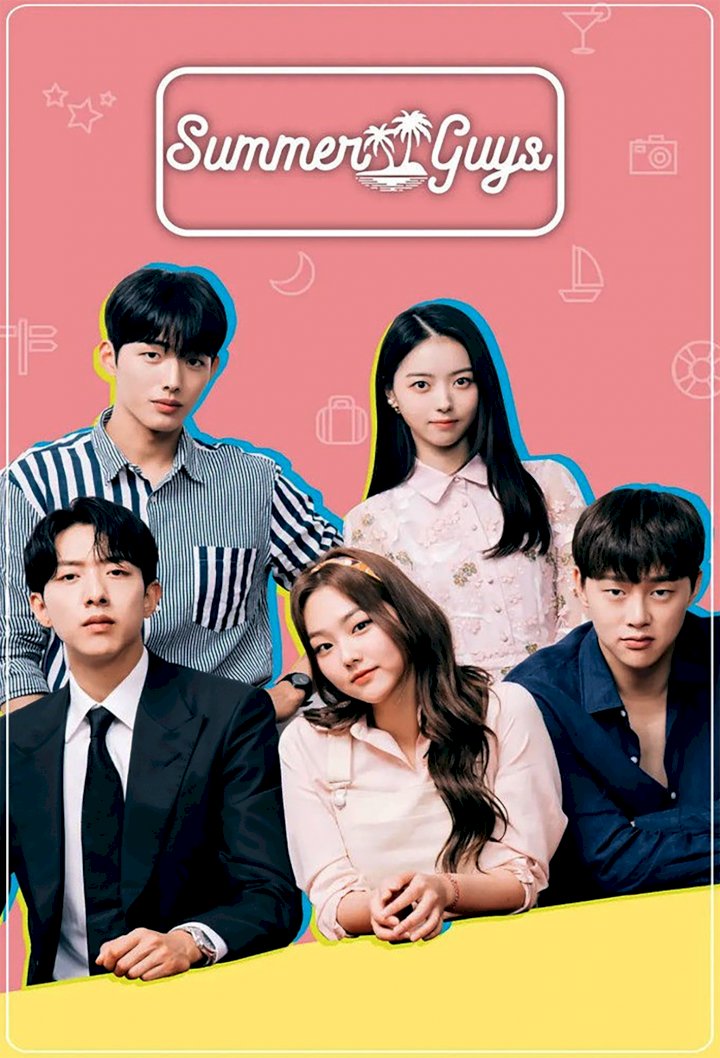 Synopsis : Chan helps Dal Lae get Summer Guys up and running, along with Tae Oh, who doesn’t completely reveal who he is. However, Tae Oh’s design sketch of Summer Guys impresses them. Later, when Dal Lae is ready to open Summer Guys, she gets a visit from a loan shark, claiming her uncle left the store as collateral.

Synopsis : Chan helps Dal Lae get Summer Guys up and running, along with Tae Oh, who doesn’t completely reveal who he is. However, Tae Oh’s design sketch of Summer Guys impresses them. Later, when Dal Lae is ready to open Summer Guys, she gets a visit from a loan shark, claiming her uncle left the store as collateral.

Synopsis : Dae Lae gets her heart crushed after learning she needs to pay 100,000 dollars to free up the bar from the loan shark. However, with Sunwoo and the guys’ help, she gives it one more shot to revive Summer Guys. They take the alcohol given to them and head down to the beach to attract customers.

Synopsis : Dal Lae thinks she recognizes Chan from childhood and embraces him. However, Ah Ran sees her and slaps her across her face. Chan’s identity gets revealed, but the guys still accept him. Meanwhile, the Lady’s Day event over at Partner’s Resort attracts all of Summer Guy’s patrons until a famous singer shows up at their bar for a drink.

Synopsis : A Ran throws a pool party for her birthday. She gets Dal Lae to be the bartender at the party for 10,000 dollars. Although Chan tries to dissuade her, Dal Lae jumps at the chance. At the party, A Ran tries to intimidate her and later, Dal Lae falls into the pool nearly drowning.

Synopsis : It’s Gwang Bok’s birthday, and Dal Lae fumbles to do something for him. However, Chan comes up with a plan to surprise him with a memorable birthday meal and cake. Meanwhile, Dal Lae thinks she’s found the guy she’s been waiting for, and Tae Oh becomes sick.

Synopsis : It’s Gwang Bok’s birthday. While others are gone to grab some food, Gwang Bok decides to confess his feelings for Dal Lae. Later that day at the bar, Gwang Bok is handed an envelope with a cheque by Lady Cho. Meanwhile, knowing that Chan is not related to Sunwoo family, he is told to stay away from A Ran. Chan walks away imperturbably, and A Ran follows him.

Synopsis : Guys at Summer Guys realize that Jin Dal Lae has gone to see a loan shark for some reason. Fortunately, it turns out she was there of her own accord. Meanwhile, Tae Oh expresses his feelings toward someone for the very first time. It seems like Tae Oh will finally be able to be at peace with himself until he realizes that his secrets have been exposed.

Synopsis : After searching for Tae Oh for hours, Sunwoo Chan eventually finds him at a hospital. Without promising anything, Chan leaves him after a short conversation. While the guys at the bar are busy preparing for the competition, an unexpected guest enters Summer Guys. No matter what the circumstances are, the guys at the bar must win to keep what’s important to them.

Synopsis : On the day of the competition, the guys at the bar feel nervous. As they walk onto the stage, their memories with others at Summer Guys come flooding back. After the competition, things settle in, and the guys wish each other well in their future endeavors. Some might leave and some might stay. Whatever the choice is, everyone will have a place in their heart for Summer Guys.

Before you can add Summer Guys – Korean Drama subtitle file file to the movie, you should make sure the exact SRT file for the particular movie format is downloaded from Film2Srt.com .

To download subtitles for Summer Guys – Korean Drama, right click on the Black button above with your preferred language. Your subtitle file will begin downloading immediately.

Below are the step-by-step guide to add subtitles for Summer Guys – Korean Drama file on your movie player.