Tales From The Hood 3 (2020) Subtitles - English Srt Download - Film2Srt
Previous PostNext Post
The subtitles file for Tales from the Hood 3 (2020) is now available in Srt, Zip or Rar format. We also enable options for different languages should incase you preferred another language rather than English. 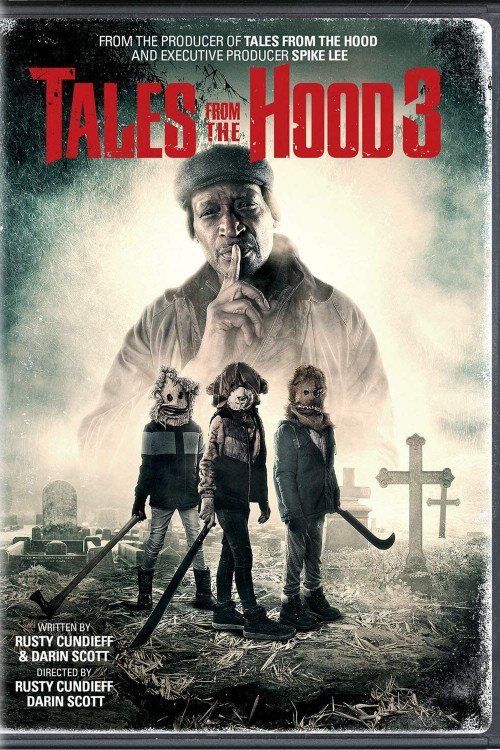 Tony Todd, Lynn Whitfield, Cooper Huckabee
As William, a lumbering man in his 50s, and Brooklyn, a six-year-old child, try to outrun an unseen evil, Brooklyn decides to tell William four moralistic but deeply horrific stories to distract herself from the impending danger. The first story deals with a greedy real estate agent, David, who burns down an apartment to drive its last remaining tenants, The Bradford Family, out of their home. The second story concerns some frat boys who throw a white supremacist party, and the American Terrorist, Psycho Johnny, who puts a violent end to the party. The third story revolves around a struggling singer, Chela, and her rich employer, Miss Marie Bastille, who Chela wants to kill and use her money to further her career. The fourth story is about a petty thief who ends up killing one of his victims and becomes cursed in the aftermath of his sin.

Before you can add Tales from the Hood 3 (2020) subtitle file file to the movie, you should make sure the exact SRT file for the particular movie format is downloaded from Film2Srt.com .

To download subtitles for Tales from the Hood 3 (2020), right click on the Black button above with your preferred language. Your subtitle file will begin downloading immediately.

Below are the step-by-step guide to add subtitles for Tales from the Hood 3 (2020) file on your movie player.