The Bay (2012) Subtitles - English Srt Download - Film2Srt
Previous PostNext Post
The subtitles file for The Bay (2012) is now available in Srt, Zip or Rar format. We also enable options for different languages should incase you preferred another language rather than English. 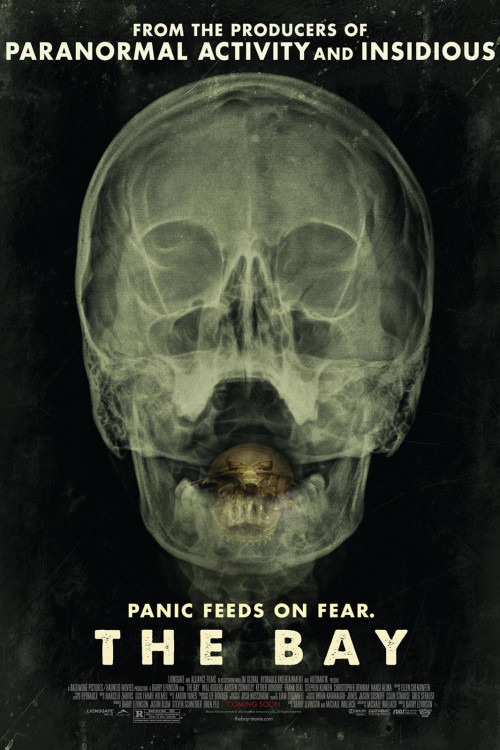 Kether Donohue, Kristen Connolly, Jane McNeill, Christopher Denham
This “found-footage” film is set in 2009 in the town of Claridge, Maryland on the Chesapeake Bay. During the town’s annual 4th of July Crab Festival, townspeople become sick, exhibiting a variety of symptoms, which leads local news reporters to suspect something has infected the water there. No one is sure what it is or how it’s transmitted, but as people start to behave strangely, and others turning up dead, fear spawns into panic. The town is shut down as government authorities confiscate video footage from every media or personal source they find, in an effort to cover-up the incident. But one local reporter who witnessed the epidemic, was able to document, assemble, and hide this film in hopes that one day, the horrible truth would be revealed . . .
The Subtitle(s) for The Bay (2012) may either be in single Srt format or multi file  compress to Zip / Rar format. Either way, we have provide simple details guide on how to add or use this subtitle file(s) on your Media Player with the movie - The Bay (2012).

Before you can add The Bay (2012) subtitle file file to the movie, you should make sure the exact SRT file for the particular movie format is downloaded from Film2Srt.com .

To download subtitles for The Bay (2012), right click on the Black button above with your preferred language. Your subtitle file will begin downloading immediately.

Below are the step-by-step guide to add subtitles for The Bay (2012) file on your movie player.