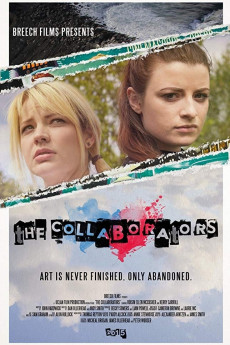 Suze and Christa, on the brink of failing their art degrees due to the invalidity of their final piece – a genuine gun and bullets – drink and drug their troubles away, but find themselves attacked and forced to use the gun to defend themselves. Accidentally killing their assailant, they steal a taxi and escape the scene of the crime, robbing a petrol station and taking a journalist named Peter hostage in the process. As their plan to bribe their way on to a ferry look increasingly dubious, they are forced to take responsibility for their actions as their friendship is tested to the limits.

How To Add Subtitle To The Collaborators (2015) In Media Player

Before you can add The Collaborators (2015) subtitle file file to the movie, you should make sure the exact SRT file for the particular movie format is downloaded from Film2Srt.com .

To download subtitles for The Collaborators (2015), right click on the Black button above with your preferred language. Your subtitle file will begin downloading immediately.

Below are the step-by-step guide to add subtitles for The Collaborators (2015) file on your movie player.