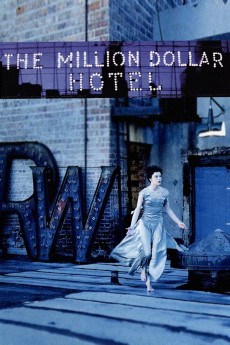 Milla Jovovich, Mel Gibson, Peter Stormare, Tim Roth
The Million Dollar Hotel follows the supposed murder of Izzy Goldkiss. FBI Agent Skinner is sent into investigate the crime, and to weed out the killer. When he reaches the ‘hotel’, he comes across many of the forgotten types of people living in the city. You have Geronimo, who is a self proclaimed Native American artist. Dixie, played with great gusto by Peter Stormare, as the ‘fifth’ Beatle still waiting for his royalty payments as well as recognition. Eloise, who is the neighborhood ‘whore’. And then there is Tom-Tom, played by Jeremy Davies. He’s the center of the story, being that he’s the ‘village idiot’ of the bunch, and has the trust of everyone in the Hotel. Agent Skinner has a few days to find out who the killer is, while the residents of the hotel devise a scheme to sell off Izzy’s fabled ‘Tar Paintings’.

Before you can add The Million Dollar Hotel (2000) subtitle file file to the movie, you should make sure the exact SRT file for the particular movie format is downloaded from Film2Srt.com .

To download subtitles for The Million Dollar Hotel (2000), right click on the Black button above with your preferred language. Your subtitle file will begin downloading immediately.

Below are the step-by-step guide to add subtitles for The Million Dollar Hotel (2000) file on your movie player.