The Onion Movie (2008) Subtitles - English Srt Download - Film2Srt
Previous PostNext Post
The subtitles file for The Onion Movie (2008) is now available in Srt, Zip or Rar format. We also enable options for different languages should incase you preferred another language rather than English. 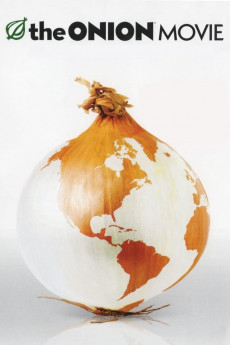 Steven Seagal, Rodney Dangerfield, Joel McHale, Daniel Dae Kim
We watch the Onion News, America’s Finest News Source, with Dana Dobbs, Senior Correspondent Kip Kendall, and award-winning anchor Norm Archer. In addition to watching the news, we see the program’s commercials, some commentary on the film as it proceeds, and we watch some terrorists in training. Behind the scenes, Onion News’s corporate owner, Global Tetrahedron, seeks synergy by promoting its other products within Norm’s news broadcast. Norm doesn’t like it, especially when a toy penguin (think Energizer Bunny) waddles across his desk promoting a Global Tetrahedron film starring Steven Seagal. But Norm may end up needing Steven’s help.

Before you can add The Onion Movie (2008) subtitle file file to the movie, you should make sure the exact SRT file for the particular movie format is downloaded from Film2Srt.com .

To download subtitles for The Onion Movie (2008), right click on the Black button above with your preferred language. Your subtitle file will begin downloading immediately.

Below are the step-by-step guide to add subtitles for The Onion Movie (2008) file on your movie player.