The Tooth Fairy (2006) Subtitles - English Srt Download - Film2Srt
Previous PostNext Post
The subtitles file for The Tooth Fairy (2006) is now available in Srt, Zip or Rar format. We also enable options for different languages should incase you preferred another language rather than English. 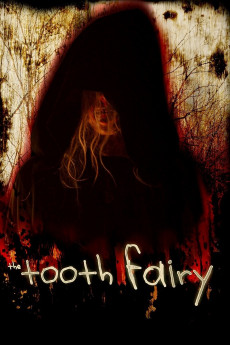 Lochlyn Munro, Nicole Muñoz, Jesse Hutch, Chandra West
Darcy Wagner and her ten-and-a-half-year-old daughter Pamela “Pammy” are heading to the bed and breakfast of her boyfriend Peter Campbell in the River Bend Road in Northern California. Peter has quited his career of doctor and bought an old house to have a calmer life and write a book. When Darcy stops at a gas station to ask for direction, she has an abusive treatment from the owners, the Hammond Brothers. Meanwhile Peter welcomes his first guest, the student Stephanie “Star” Roberts, while he works with his friend Bobby Boulet repairing the house. When Darcy and Pamela arrive, he explains that he had a dispute in the justice with the Hammond Brothers and asks Darcy to forget the incident. Soon Pamela befriends the girl Emma in the barn and she tells that the house belonged to the Tooth Fairy Witch that killed many children to get their milk-teeth; further, Pamela would be in danger since she still has her last milk-tooth. Pamela tells Emma’s story to her mother and Peter, but they ..

Before you can add The Tooth Fairy (2006) subtitle file file to the movie, you should make sure the exact SRT file for the particular movie format is downloaded from Film2Srt.com .

To download subtitles for The Tooth Fairy (2006), right click on the Black button above with your preferred language. Your subtitle file will begin downloading immediately.

Below are the step-by-step guide to add subtitles for The Tooth Fairy (2006) file on your movie player.