Subtitles For Undercover - Korean Drama - English Srt Download (2021)
Previous PostNext Post
The subtitles file for Undercover – Korean Drama is now available in Srt, Zip or Rar format. We also enable options for different languages should incase you preferred another language rather than English.

Synopsis – “Undercover” depicts the story of Han Jung Hyun, who has been hiding his identity for a long time, and Choi Yeon Soo, a human rights lawyer who becomes the first head of the Senior Civil Servant Corruption Investigations Unit to fight for justice.

Han Jung-Hyun (Ji Jin-Hee) is an agent of the NIS (National Intelligence Service). While he studied at the police university, he was selected by the NIS. He then worked on a top secret case and he met Choi Yeon-Soo (Kim Hyun-Joo).

Using his alias, he fell in love with her and they eventually married. Meanwhile, Choi Yeon-Soo works as a civil-rights lawyer who seeks justice and the truth. She is nominated for the Chief of the Civil Servant Corruption Investigation Unit. Because of her nomination, her husband’s true identity becomes involved in an uncontrollable situation. 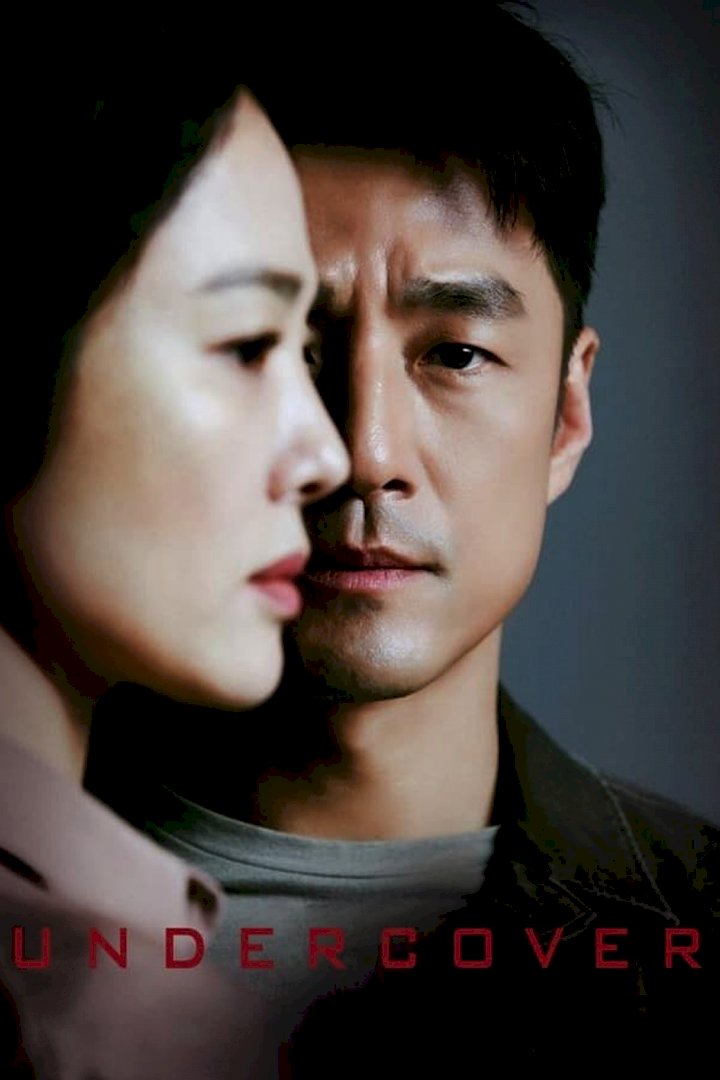 Synopsis – In 1991, Junghyun and Yeonsoo met at the scene of a violent demonstration. Twenty years after marriage, we are spending a simple but peaceful day of happiness with a human rights lawyer and running a bike lab. Yeon-soo is struggling for Jeong-ho, who is being accused of being framed and being imprisoned. Jeonghyun, who has lived as a housewife for a long time, raising a son with autism on behalf of his wife who has only pursued truth and justice. But in front of him, a man who remembers the name “Lee Seok-Gyu” comes to him.

Synopsis – You have to trick your beloved wife and stop her to protect your family! Is this a situation that you can’t tell anyone about, is it the price you paid for your life? Jeonghyun and Yeonsu are unable to express their hearts to each other easily. However, the forces trying to prevent Yeonsu’s appointment as the chief of the airlift are tightening up Jeonghyun even more…! Meanwhile, a woman who has doubts about her husband’s death visits Yeon-soo and requests the case. Without knowing the impact of this petty incident, she begins to dig into the case.

Synopsis – Junghyun sees Yoon-joo resentful of Cha Min-ho’s death, and realizes that she cannot pretend to be unaware of this. The mysterious death, the appearance of an old friend, and the hidden past… ! What is the ‘Hwasoobun Business’? Jeonghyun decides to use Younggeol to identify the forces behind him. On the other hand, training left only the last gateway to the hearing of the candidates for the Minister of Public Transport. Hearings that flow smoothly while facing a desperate attitude amidst the pouring questions become a mess of unexpected exposure.

Synopsis – At the hearing, Yeon-soo, who is confronted with her, declares that she will take responsibility for the situation by taking the position of the vice president of an airlift. The situation where the candidate withdrawal is even mentioned, and attacks that drive training are pouring out, but she only shuts her mouth firmly. On the other hand, Junghyun tries to find out the back of the conspiracy related to the the’Hwasoobun Project’, but anxiety reaches its peak at Younggeol’s unusual movement. Jeong-Hyun, who intuited that Yeon-soo is in crisis, runs belatedly…!

Synopsis – On the first day of Yeonsu’s inauguration, an anonymous report is filed by the airlifting office that Secretary-General Kim Myung-jae received a large bribe. The situation has to investigate Mr. Myung-Jae Kim, who believed in training until the end. I can’t get rid of the feeling of being caught in a trap that someone has put. Is it really the case prepared for training? Meanwhile, Young-Geol disguised himself as the head of the security team. The situation where Yeonsu’s every move has no choice but to play with Hyung-Rak and Young-Geol! I can’t wait to see Junghyun, who’s frustrated and anxious.

Synopsis – Yeonsu urgently arrests Seoul District Prosecutor’s Office, Kwak Moon-heum, who ordered the seizure of the evidence in the Kim Myung-jae case. A situation in which the evidence taken by the prosecution must be returned within 48 hours of legal detention. Yeon-soo just watches Kwak Moon-heum, who doesn’t open her mouth easily. Airborne employees are sick… On the other hand, Jeonghyun was accused of murder and could not return home because he was chased. And, little by little, the family begins to sense that Junghyun has changed from usual.

Synopsis – The Ministry of Public Affairs learns that the Cha Min-ho and Park Doo-Sik cases were systematically concealed. Yun-ju proposes a meeting to Yeon-soo, saying that he will tell you the true culprit of the Kim Tae-Yeol case. Yunju comes to the meeting place to meet the training, but people with different purposes follow the training.

Synopsis : Hwang Jung-ho is acquitted at the retrial, but Yeon-su is shocked when he finds out about Kim Tae-yeol. Resolved, Yeon-su spurs the investigation in order to get a hold of the situation and finds out that he has stolen the special activity expenses by tracking the account. Jeong Hyeon infiltrates the National Intelligence Service with the help of Chief Oh to seize the tablet PC, the only evidence that can capture the situation… !

Synopsis : Hyeong-Rak uses Yeon-Su as a hostage to take back the tablet PC and threatens Jeong-Hyeon. The threat of death is looming over his wife, his precious family, and himself, whom a man so desperately wanted to protect. Even after all this is over, can Jung-Hyeon continue to live as Han Jeong-Hyeon? The final story of a man who finds justice between truth and lies.

How To Add Subtitle To Undercover – Korean Drama In Media Player

Before you can add Undercover – Korean Drama subtitle file file to the movie, you should make sure the exact SRT file for the particular movie format is downloaded from Film2Srt.com .

To download subtitles for Undercover – Korean Drama, right click on the Black button above with your preferred language. Your subtitle file will begin downloading immediately.

Below are the step-by-step guide to add subtitles for Undercover – Korean Drama file on your movie player.